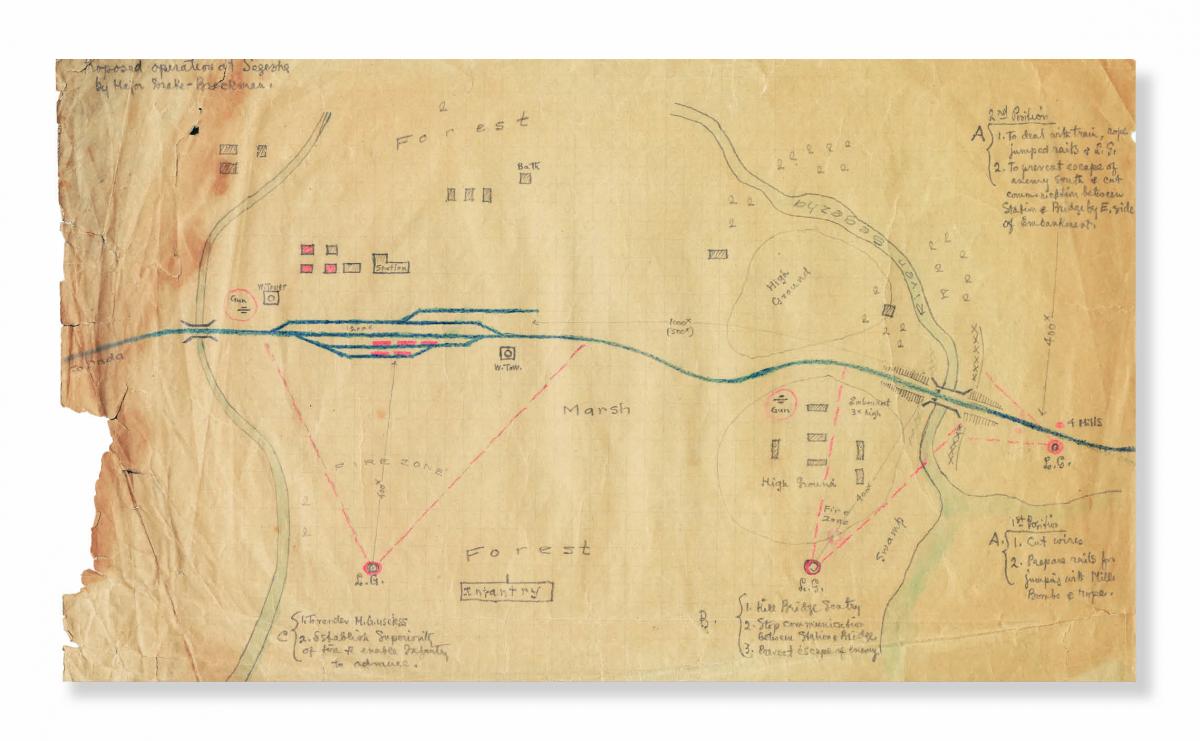 A pretty standard list of objectives to see on a map of a military action executed in the second decade of the 20th century, right? Well, yes — but there is something unusual about these imperatives. They were carried out not where you might expect — on a shell-pocked battlefield in Belgium, say — but amid a remote expanse of taiga in -40 C temperatures more than 3,000 kilometres away.

The list appears on this map, which Canadians used to plan a surprise Allied attack on Segezha, a village in northwestern Russia, on February 1919 — a phrase that should give pause to even novice First World War history buffs. An Allied attack Involving Canadians? In Russia? After 1918?

Beginning in mid-1918, Allied troops were sent to northern Russia to help anti-communist Russian forces fight Bolsheviks in a civil war prompted by the Russian Revolution. While the leaders of countries such as Great Britain and Canada were worried about the threat of Bolshevism spreading, their more immediate concern was bringing Russia back into the war, from which it had withdrawn after Bolshevik leaders signed the Treaty of Brest-Litovsk with Germany and its allies in March 1918. That pact saw the Eastern Front collapse, which freed up Germany to focus on the Western Front.

By October 1918, almost 600 Canadians had arrived at the ports of Murmansk and Archangel in northwestern Russia. About a month later, however, the First World War ended. Yet in northwestern Russia, Canadians such as Lt.-Col. John Edwards Leckie, who led the attack on Segezha, were still fighting, as were other Allied troops. Not because they didn’t know about Germany’s surrender, but because Allied commanders kept them there, acting “partly from anti-Bolshevik conviction and partly out of loyalty to anti-communist allies,” as historian Hugh A. Halliday noted in the January 2008 issue of Legion.

But with the Great War over, public and political opinion soon swung against Prime Minister Robert Borden, who was having difficulty justifying the continued presence of Canadian troops in northern Russia, not to mention eastern Russia, where 4,200 members of the Canadian Siberian Expeditionary Force were stationed around Vladivostok by January 1919. Still, it took Borden nine months of political wrangling after the Armistice was signed before the last Canadians left Russia in August 1919, their war finally over.